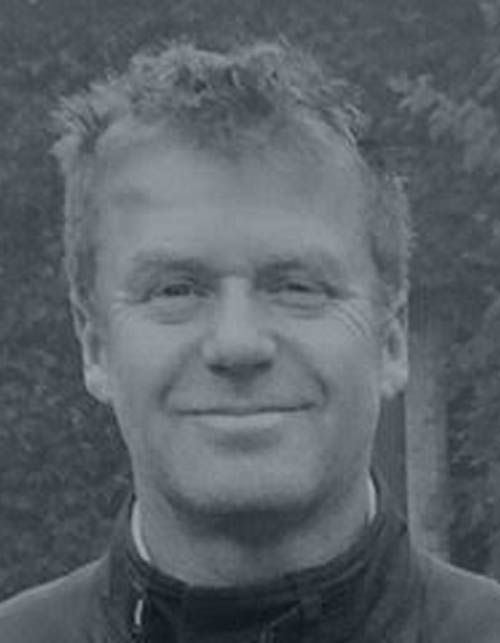 Daniel Morrell co-coined Carbon Neutral, and is one of the few people to have his trademark evolve into 'every day' word in the Oxford English Dictionary. Having founded seven successful companies, he is now regarded as an eco-entrepreneur. He continues to be a leading pioneer in various fields with a background in climate/sustainability, gaming, music, advertising.

His first company was launched in 1980, at the age of 17, in the video games market, and within a year, the business had a turnover of £1.2 million.

In 1986, aged 23, Dan was involved in a serious car accident, and during his recuperation, he began to consider climate change. He mulled over natural processes such as carbon sequestration and worked on calculating the impact made by humanity in terms of CO2 emissions and how this could be mitigated through the planting of permanent bio-diverse natural forests. Dan established carbon trading in 1988 and incorporated Future Forests in 1996, a way for businesses to 'go green, trading the first tonne of carbon for $5.

Working with Dan, the leadership of the artistic community amplified the idea of carbon-neutral in the public domain.

Dan's contacts such as Joe Strummer, The Rolling Stones, Pink Floyd and Leonardo DiCaprio led by example and committed to becoming carbon-neutral, as did filmmaker Roland Emmerich who made his movie 'The Day After Tomorrow' Carbon Neutral. Major bands did the same for the production of 100 + million CDs.

At this stage, big business finally took notice and over 250 corporations such as Avis, HSBC and Honda developed Carbon Neutral programmes with Dan and his teams. Future Forest was renamed The Carbon Neutral Company and has become the world brand leader.

Global Cool was a public benefit organisation coaching and informing key global players, including the UK government, about action against climate change. It was launched at Fuji Rock Japan by Orlando Bloom, Sienna Miller and Leonardo DiCaprio. Campaign one by one tonne by tonne - the mission was to get billion people to reduce by one tonne of co2 - pushing the global tipping points foreigner future to resolve climate change by switching to renewable energy economy. Secondary promotion inside Number 10 Downing Street. Downing Street from pm - Stephen Fry after-dinner speech- Brian May Roger Taylor- Perry Farrell played back undiscovered Jim Morrison track with existing members of the door satellite LinkedIn from Los Angeles.

Dan co-founded Carbon-Gold, with Craig Sams, founder of Green & Black's chocolate. Carbon Gold is the first biochar company, with an agricultural product used to capture and store CO2, while nourishing the soil.

Over the years, Dan's activities have caused the planting of 3,000,000 ha, with forests on every continent, except Antarctica, and investments in wind-wave geothermal solar.

Last year the compliant and voluntary market combined traded $200 billion, predicted to rise to $1 trillion."The voluntary carbon market will have to expand substantially – 15-fold by 2030 and 100-fold for us to achieve net-zero by 2050 (even once all other emissions are avoided, reduced and substituted). Currently valued at $300 million, the market could reach $50 billion in the near future." Deloitte

Balance eco-limited is Dan's latest initiative. Balance has two offers. Balance brings businesses into balance with their environment and a pro-social technology company, using music apps and events to allow fans to put their own voice into the tracks they buy. Artists & Rights holders get paid up front and trees are planted through balance revenues. Currently in our pre-a round of funding.